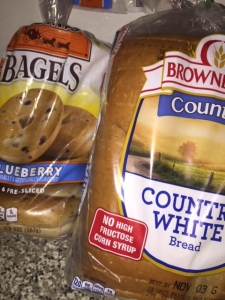 Someone recently asked me why there’s such a huge explosion of information and awareness of gluten. “We’ve been eating gluten for years and people have been fine. Why’s everybody on this gluten-free kick? It seems like people just think it’s cool.” It’s true, gluten is getting a lot more attention, but it’s far from a fad. In fact, it’s like any other illness-causing source. Once health advocates find out something may not be good for us, the spotlight shifts so that its harmful effects can be understood and eventually reduced.

Think of all the unhealthy foods that were consumed years ago. We now know that adding a liberal amount of lard in our recipes is not just a fun way to enhance taste, it’s a death wish. We’re also now far more knowledgeable about the effects of diabetes so we make efforts to deter away from choices that may cause it. It’s exciting to know that gluten is attracting more attention because in my humble opinion, Irritable Bowel Syndrome isn’t really a thing. It seems to be more of a catch-all diagnosis, many times qualifying as a diagnosis for someone with gluten-related concerns. It’s gluten at it’s finest. Researchers conducted a study with IBS sufferers in which one group of subjects eliminated gluten from their diet while the other group did not. Not surprisingly, IBS symptoms decreased in the gluten-free group. Sure, other factors might be contributing to folks’ health issues, but I have yet to hear someone tell me that eliminating gluten made them feel worse (well, emotionally maybe, because knowing I can no longer eat a chocolate glaze covered chocolate doughnut with drizzled chocolate chips on top from my favorite bakery almost brings me to tears, but that’s another story).