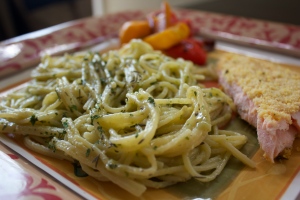 Gluten-free diets are sometimes thought to be a fad. Friends have disgustedly asked me, “Ew, you do that? Why?” Believe me, it’s not a choice, it’s a necessity. Other people eliminate gluten because they figure if it bothers other people, it can’t be good for them. Until recently however, no one was really sure why it causes adverse effects.

People who have Celiac Disease and gluten sensitivity/intolerance may have reactions from stomach discomfort to neurological symptoms, like tingling and numbness. In a book titled, Misdiagnosed by Jody Berger, she shares how she was misdiagnosed as having multiple sclerosis, but after doing some lengthy research and seeking other sources such as Ayurvedic doctors, she finally discovered she had a gluten intolerance.

There’s increasing research that neurological symptoms of gluten insensitivity and intolerance do actually mimic multiple sclerosis and other neurological diagnoses. Further, there might also be a link between gluten and cognitive decline. Check out this article that details how gluten affects the brain: http://thepaleodiet.com/gluten-brain/ There are some interesting MRI scans that show atrophy in a particular part of the brain that’s thought to be caused by gluten consumption.

By the way, the dish I made in the pic is all gluten-free – noodles by Ronzoni and gluten-free corn meal for the breaded salmon.